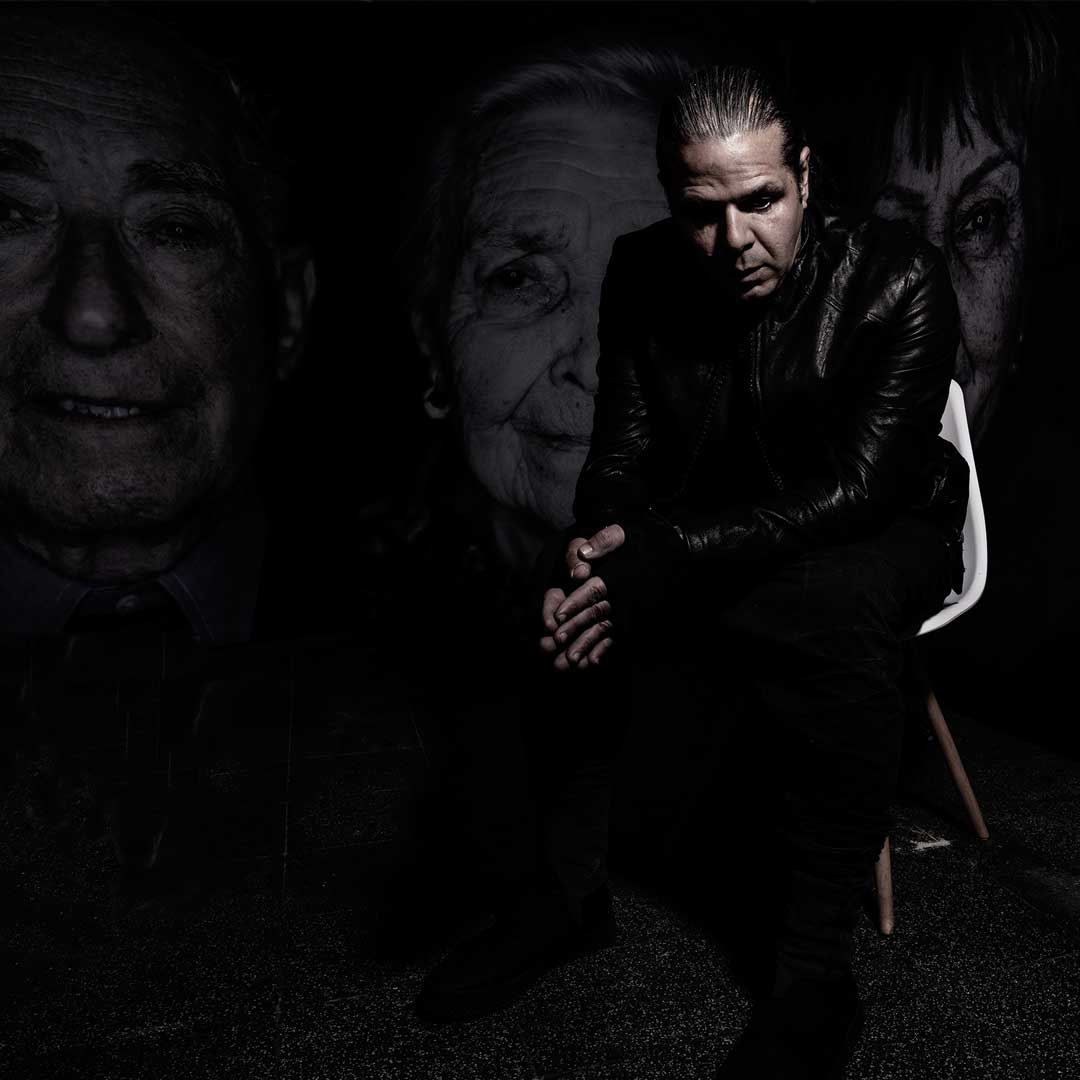 With his project "Lest We Forget", Luigi Toscano is the first photographer and German to be named a UNESCO "Artist for Peace" ambassador.

Mannheim, April 29, 2021 – As the first photographer and the first German ever, Mannheim-based artist Luigi Toscano was named a UNESCO "Artist for Peace" Ambassador in early March for his photo project "Lest We Forget." "UNESCO Artists for Peace" are internationally known personalities who use their influence, charisma and prestige to promote UNESCO's message and programs. Past "Artists for Peace" include Gilberto Gil, Shirley Bassey, Céline Dion and Herbie Hancock, to name a few.

"They have long been a tireless advocate for the most vulnerable populations, giving voice to the voiceless. They allow us to look into the eyes of those who have survived and whose stories we should never forget," the UNESCO statement reads. Since 2014, the 48-year-old has photographed more than 400 survivors of Nazi persecution in Germany, the United States, Austria, Ukraine, Russia, Israel, the Netherlands and Belarus. The Mannheim-based artist exhibited the larger-than-life portrait photos in public places as part of his global remembrance project "Lest We Forget" - including in Berlin (Charlottenburg Palace, 2018), New York City (United Nations Headquarters, 2018), Washington, D.C. (Lincoln Memorial Reflecting Pool, 2018), Paris (UNESCO Headquarters, 2021), Vienna (Burgring, 2019), and Kiev (Babyn Yar Memorial, 2016). Exhibitions in Thessaloniki, Heidelberg, Tel Aviv, Chicago and others are in the planning stage.

The German Foreign Minister Heiko Maas, patron of "Lest We Forget", also congratulates Luigi Toscano: "With you, UNESCO honors an artist who keeps alive the memory of this darkest chapter of European history and German responsibility for the most atrocious crimes through his large-format photographs of concentration camp survivors displayed in streets and squares. They work "Lest We Forget.""

The certificate presentation is scheduled for late April/early May at UNESCO headquarters in Paris. "It is an honor for me to have been named a UNESCO Artist for Peace Ambassador. At the same time, it is a clear mandate to continue with my project "Lest We Forget." My more than 400 portraits are living history, which is more relevant today than ever before. Not only in Germany, but all over the world. These stories, fates and faces appeal to our humanity and remind us to always treat others with respect and kindness," Luigi Toscano sums up. Or in the words of Holocaust survivor Susan Cemjak Spatz, "If we forget the past, we're dammed to repeat it."

Photographer and filmmaker Luigi Toscano is a self-taught photographer with an eventful vita. As a roofer, doorman and window cleaner, the son of Italian immigrant workers experienced his environment from the most diverse perspectives. It is unusual for this to develop into an artistic career. Luigi Toscanos works focus on people and tell the stories behind the visible. His art speaks a language that everyone can understand. He also uses this to position himself clearly and to make socio-political statements. To this end, he is increasingly conquering public space: building facades, squares, and parks. Instead of being presented behind shielded museum doors, his paintings are shown in freely accessible places. This concept was used for the first time in 2014: with "Heimat_Asyl", Luigi Toscano brought the larger-than-life portraits and the stories of asylum seekers to a central place in his hometown of Mannheim - and thus into the consciousness of thousands of people. In the same year, he then launched "Lest We Forget." The project is documented in the form of an illustrated book and a film.